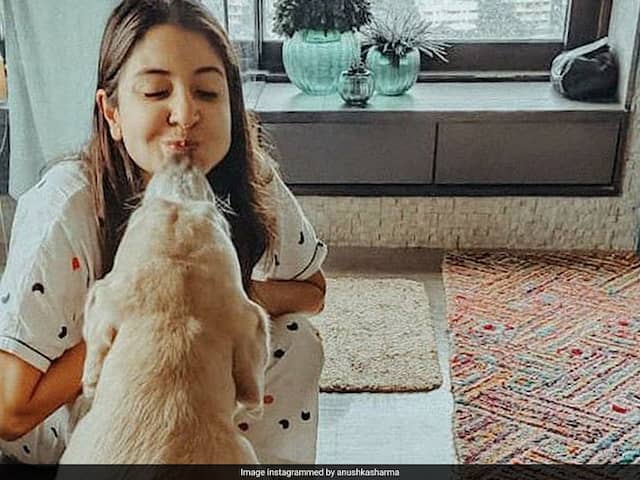 Anushka Sharma shared a set of adorable pictures with her dog.© Instagram

India captain Virat Kohli was left smitten after his wife Anushka Sharma posted a series of pictures with their dog on Instagram. The Bollywood star shared four pictures and wrote in her caption that she was doing her “morning ritual” of oil-pulling, which she described as an ancient Ayurvedic practice known as “kavala” or “gundusha”. “My morning ritual of Oil pulling in the company of my sweet-smoosh-doggo Dude,” she wrote, with a dog emoji. Kohli, being the doting husband that he is, left a heart emoji in the comments section. 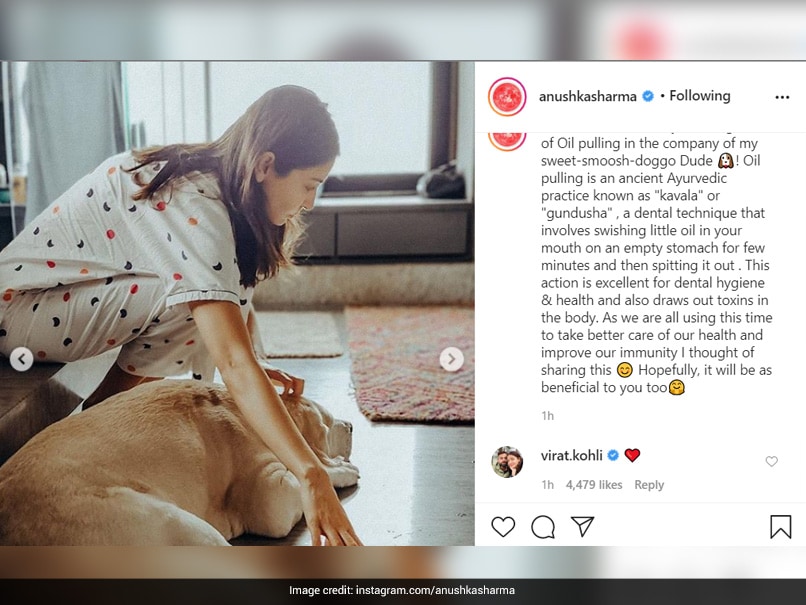 Virat Kohli left a heart emoji for Anushka Sharma and their dog.

“Oil pulling is an ancient Ayurvedic practice known as “kavala” or “gundusha” , a dental technique that involves swishing little oil in your mouth on an empty stomach for few minutes and then spitting it out,” Anushka explained in her post.

“This action is excellent for dental hygiene & health and also draws out toxins in the body,” she further added.

Anushka had in June uploaded a sun-kissed picture on Instagram, and Kohli reacted with a heart emoji along with a heart-eyed emoji.

Kohli last month also shared a throwback picture with his “one and only”.

“Throwback to when you could go to such beautiful spots in nature. Just to be able to sit together and just soak it all in. With my one and only,” read Kohli’s Instagram post.

Kohli has been on a forced break from cricket due to the coronavirus pandemic.

However, he reacted with excitement upon the conclusion of the first Test between England and West Indies, which marked the return of international cricket amid the global virus crisis.

“Wow @windiescricket what a win. Top display of test cricket,” he tweeted, after West Indies recorded a thrilling four-wicket victory, chasing down the target of 200 on the final day.