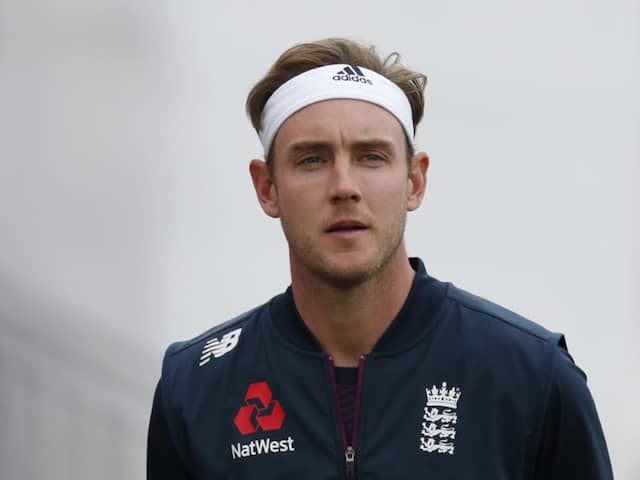 Stuart Broad was left out of the first Test between England and the West Indies.© AFP

Pacer James Anderson has said that Stuart Broad’s omission from the first Test against West Indies shows the bowling strength of England. His remarks came after the close of play on day three of the first Test between England and West Indies. In the first innings, the West Indies managed to score 318 runs, managing to take a lead of 114 over the hosts.

“He is desperate to be in this team and be a part of our success, so it’s a huge positive for the group going forward,” he added.

Broad was left out of the team as England preferred to go for the extra pace of Jofra Archer and Mark Wood for the Southampton Test.

For West Indies, Kraigg Brathwaite top-scored with 65, while Shane Dowrich registered a score of 61 to take the team total past the 300-run mark.

In the first innings, England had managed to score just 204 with Jason Holder taking six wickets for the visitors.