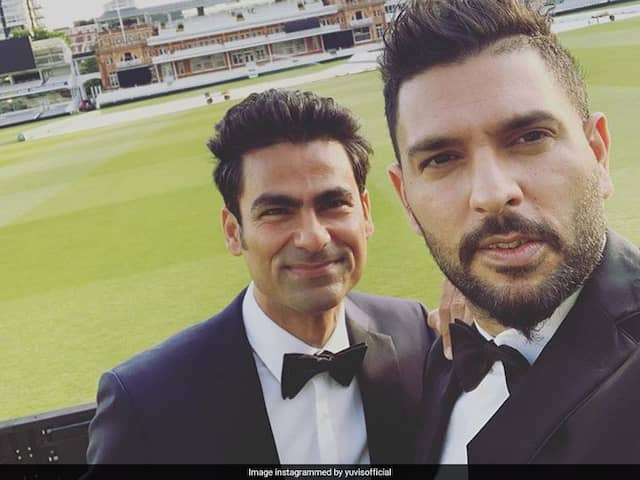 Yuvraj Singh and Mohammad Kaif have shared some epic partnerships in their playing days.© Instagram

Former India all-rounder Yuvraj Singh shared an Instagram reel which is edited to show him performing various exercises at the gym. The classy left-hander’s former teammate Mohammad Kaif, keeping in line with the latest trend of cricketers sending fitness challenges to each other, wrote in jest “Bhai Ab tum fitness challenge bhejo mere liye.” While Kaif was Yuvraj’s partner-in-crime on the field on many occasions, his partner in life, Hazel Keech, also commented on the video, complaining about featuring in the video’s background.

“Oh man! Im not happy about being in the background,” Hazel Keech commented. 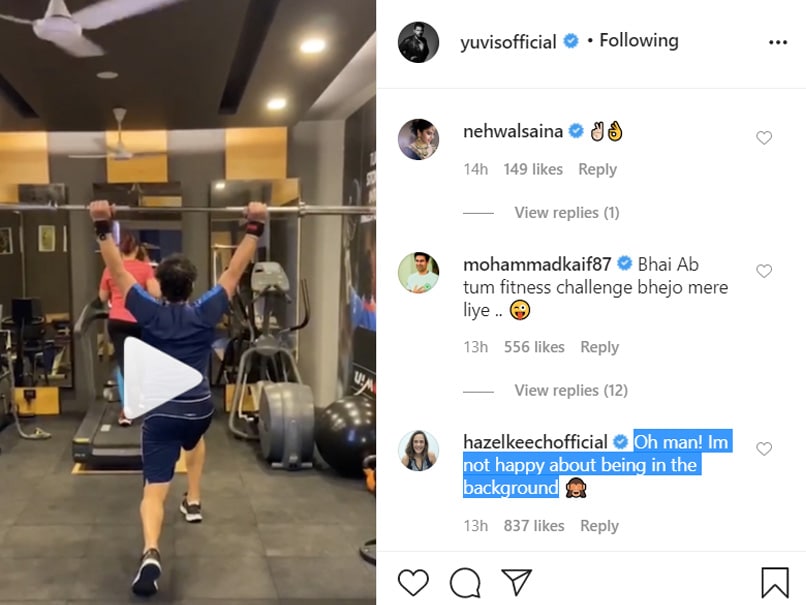 Yuvraj Singh and Mohammad Kaif put on a famous partnership in the 2002 NatWest series final against England, helping India recover from a tough position to chase 326 and win the tournament in dramatic fashion.

The stylish southpaw played a crucial role in India’s successful World Cup campaigns in 2007 and 2011.

Yuvraj played blistering knocks in the quarter-finals and semi-finals of the 2007 T20 World Cup against England and Australia respectively and was Man of the Tournament when India lifted the 50-over World Cup in 2011.

Apart from being a brilliant batsman, Yuvraj Singh was also a wily left-arm spinner, picking up 111 wickets in ODIs and 28 scalps in T20Is.